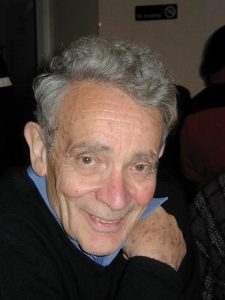 Academician V.I. Keilis-Borok is an outstanding Russian scientist in seismology and mathematical geophysics. His high character qualities, scientific intuition, activity, and his ability to choose the chief among a mass of facts, have repeatedly helped him to find and unite professionals of different sciences around a new global problem that has frequently not been formulated at all. In this way he created new lines of research in science like computational seismology and nonlinear dynamics in geophysics. V.I. Keilis-Borok set up the International Institute of Earthquake Prediction Theory and Mathematical Geophysics, USSR Academy of Sciences (at present this is the Federal State Budgetary Scientific institution: Institute of Earthquake Prediction Theory and Mathematical Geophysics), and had been its first General Manager in 1990–1998. He created the annual Computational Seismology publication which he has edited since 1966.

V.I. Keilis-Borok made his first steps in science under the tutorship of the outstanding mathematician Academician N.N. Luzin. He learned in practice the traditions of Russian mathematical school where “pure” mathematicians did fruitful work in applied problems, in particular, earth science, as far as the analysis of observations. It was probably at that time that the leading feature of his scientific activities was formed, which consists in consistent use of advanced mathematical and computational methods to deal with urgent problems arising in geology and geophysics. V.I. Keilis-Borok’s research was devoted to construction of a model for the seismic source and recovery of source motions from observations. His subsequent work was to develop a theory of surface wave propagation in layered elastic media where he derived several fundamental results in the spectral properties of seismic waves. These results were the basis for his proposal of a criterion for underground nuclear blast discrimination. The criterion has been and remains the most effective tool for classifying all seismic events into underground explosions and earthquakes. His subsequent interests lay in the area of inverse problems in seismology that he was the first to formulate as a rigorous mathematical problem. He supervised the development of new methods for modeling and determination of earthquake mechanisms and for recovering earth velocity structure based on integrated seismic observations. These and many other studies of V.I. Keilis-Borok in forward and inverse problems of seismology laid the foundation for a new fundamental line of research in geophysics, which is computational seismology.

The next key stage in the scientific biography of Keilis-Borok consisted in studying problems arising in seismic risk assessment and in the determination of locations of future large earthquakes. He has succeeded in attracting outstanding mathematicians, academicians L.V. Kantorovich and I.M. Gelfand, to these problems. The result was a general probabilistic concept of seismic risk assessment, a rigorous formulation of the problem of predicting locations of future large earthquakes, and the development of appropriate mathematical methods. A probabilistic approach to economic and social problems was novel at that time, and most scientists were skeptical of the conception, although it has become traditional for risk calculations. The methods were applied to calculations of economic feasibility for earthquake-resistant design on an important facility, the Baikal–Amur railway. Methods of pattern recognition were used to determine locations of future large earthquakes in most seismic regions worldwide. The results obtained in this way have been corroborated by 30 plus years of observed seismicity.

After the determination of locations of future large earthquakes, V.I. Keilis-Borok came to deal with the problem of their prediction. At first, the focus was on the search for individual precursors. It was then that he formulated and formalized the “burst of aftershocks” precursor. This precursor has turned out to be one of the few whose statistical significance has been proved later on. The work on the search for and statistical testing of precursors which was carried out in collaboration with leading foreign geophysicists, enabled Keilis-Borok to tackle the development of algorithms for intermediate-term earthquake prediction. During the early 1980s he put forward a new approach to earthquake prediction, which consists in passing from the use of individual precursors to an integrated analysis of characteristics that are typical of individual phases in the precursory process of a large earthquake. This approach resulted in the development of formalized algorithms for intermediate-term earthquake prediction, the first in the history of geophysics. A practical monitoring of seismicity using the algorithms enabled the prediction of (among others) the 1988 damaging Spitak, Armenia earthquake, the 1989 Loma Prieta event, and most great (magnitude 8 or greater) earthquakes worldwide that have occurred since 1985, including the 2010 Chile earthquake, the 2011 Japan earthquake, and the 2012 event off Sumatra.

More recently, V.I. Keilis-Borok has been active in the development of a general theory and methodology for use in prediction of critical phenomena in nonlinear chaotic systems. His results are significant, not only for developing a new generation of earthquake prediction algorithms, but have also been used to develop algorithms for predicting critical phenomena in socio-economic systems. In particular, he made an advance forecast for the increase in unemployment rate in the U.S. in December 2006, which was a precursor to economic recession in the U.S. followed by a worldwide economic crisis.

V.I. Keilis-Borok has authored over 420 scientific publications. His students have defended 29 Ph.D. theses and 15 doctoral dissertations.