Skip to content
According to the USGS/NEIC on-line Earthquake Archive Search of the ANSS Comprehensive Catalog in the second half of 2013 there were two earthquakes from the magnitude range M7.5+ and not a single one from M8.0+: According to “The 2013b Update of the M8-MSc predictions” both of them fall outside the Global Test area considered for application of the M8 algorithm targeting M7.5+ earthquakes (note that the center of the nearest CI #163 is at 853 km from the epicenter of the first one – i.e. the 24 September 2014 Awaran, Pakistan earthquake – and it was alerted for M7.5+; this reminds the case of the 16 April 2013, M7.7 Saravan, Iran earthquake reported to you in July). 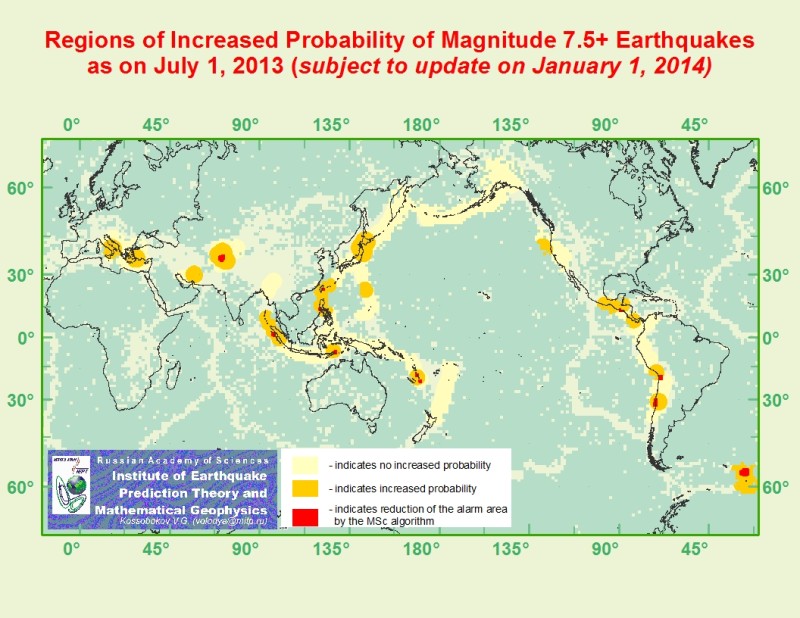